Five years ago at the end of August, Peter and I were packing for a weekend at a spa out in the country. We had been there before, and we expected to spend a relaxing few days just lying naked on the comfortable lounges in the quiet sauna garden reading novels, so we packed more books than clothes. On our way to the spa, we stopped for coffee with dear friends and met a brand new person for the first time. That newborn person, who was to become Peter’s youngest godchild, is meanwhile about to start his last year at kindergarten as one of the important big kids ready to start school next year. He is an expert on tractors and screwdrivers, and he is learning to tie his own shoes.

While Peter and I were looking forward to just getting away for a few days in Austria, Amy was making similar plans in Michigan, and we had been exchanging messages about how much we were looking forward to it. She said she just needed a break too, she really needed a break. The short break that Peter and I took was good, enjoyable, restful. Whatever happened that weekend, though, that was not the case for Amy.

Two days after our return, I went to a meeting to discuss a paper I had been working on with a small group. I felt we were making good progress and I was happy and excited to discuss it. But then, in the middle of the discussion, my phone rang and I saw that it was Peter calling me. Normally I would never answer my phone in the middle of a meeting, but Peter would normally never call me in the middle of a meeting either. As soon as I heard his voice, it sent a chill down my spine. Peter just said, “You need to come home. Now. Your brother called. Something happened. It’s not your mother.” In the middle of the discussion, I quickly packed up my bag, murmured something about having to go, and started running.

The meeting that night was held in a pleasant little courtyard attached to an art space. I’ve tried to return several times since then, but it still feels oppressive and uncomfortable. No matter what else is happening there, I just feel the large tree, looming like a malignant presence, and no matter what anyone else is saying, all I hear is Peter’s voice in my head: “You need to come home …”. When I leave, I still feel an overwhelming urge to start running, as I did that night five years ago – running, sobbing, calling Amy’s name out loud like a mad woman…

Five years ago, when Amy made the determined decision to end her life, she radically changed mine too. I am not the same person I was before she walked into her garage and turned on the motor of her car. None of us are.

One learns to live with a traumatic and painful change, as one learns to live with a deep scar, an artificial hip or a prosthetic limb. What always surprises me, though, is that there are so many of us. Whenever I talk about Amy with other people, they often tell me their stories too. I would never have imagined that there are so many, many people living with the self-chosen death of someone close to them. Sometimes when I see groups of people standing around or just walking down the street, I find myself picturing the invisible scars, artificial hips or prosthetic limbs they have learned to live with, and I am reminded of one of my favorite posts on Twitter:

“Be kind, because everyone you meet is fighting a hard battle.” 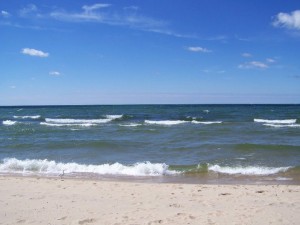 A beautiful place to spend eternity: