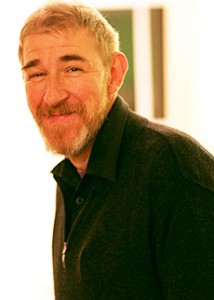 In the mornings when I open my eyes and see that the other side of the bed is empty, out of habit I check whether he has brought me coffee yet. When there is no coffee, I get up to look for him. Is he there in front of the computer again, engrossed in untangling someone’s problem with their email? Is he running back and forth packing a rucksack with all his climbing gear and enough provisions to feed the whole group for a week? Sorting laundry or hanging up the washing?

In the evenings, just after dark, I start listening for the gate to the garage to open, knowing out of habit exactly how long it will take until I hear his footsteps coming up the stairs. But the gate doesn’t open, and if there are footsteps on the stairs, they are not his. I know the sound of his footsteps.

But he is not coming home.

Tomorrow I will have been a widow for two weeks now. Two weeks? It feels like an eternity. Time stopped that Sunday evening, the whole world came to a sudden halt. “Peter stayed in the mountains,” some people have said. It sounds poetic and gentle, but I am still angry with the mountain that let him fall.

That Saturday evening, while I was enjoying Christopher’s exuberant concert with friends, Peter stepped outside the mountain cabin with a friend to enjoy his one cigarette under a beautiful night sky full of stars. The next day, Christopher and I went to visit Peter’s mother in the hospital. When we came home, while we were waiting for Christopher’s roommate to come and pick him up to drive back to Vienna with a desk from the cellar, Christopher and I went out on the balcony for a cigarette together, and I said to him, “It’s getting dark, your father will be home soon.” When the doorbell rang, we assumed it was Leo coming to pick up Christopher. When I heard unfamiliar voices and then saw a policeman walking up the stairs with two people in bright emergency services jackets behind him, I was certain there was some mistake. I told the policeman he had the wrong door, but he insisted on coming in. It irritated me that he knew my name. That he knew I was married to Peter. When he explained to me that there had been an accident, that the accident was fatal, I tried to convince him that I had had enough of death, it couldn’t still be my turn, but the policeman wouldn’t take back the words, would not accept that he must have made a mistake.

Didn’t you hear me? When you left with your ridiculous rucksack that morning, the last thing I said to you was, “Take care, my love”, and you promised me you would.

What happened then? When, how did the house start filling up with people? How, when did all these kind and caring friends come to hold us, cry with us, take care of us and carry us through?

Christopher fell into a deep, dark well of despair, but somehow Leo was there, the same Leo who had been having so much fun with him on stage the night before, now gently wrapping Christopher in a blanket, holding him, sitting quietly there, just holding him. Somehow Paddy came home from Vienna and started taking responsibility, standing in front of me with his hands on my shoulders, insisting that he could take on such difficult tasks. Looking at his thin, pale, earnest face, I thought I couldn’t bear to see my little guy have to become a responsible adult that quickly, that suddenly. Christopher and Paddy are only twenty-one and nineteen, much too young to lose their father who wasn’t even fifty yet.

Somehow Jörg and Cornelia were there, and the next morning they drove with Paddy and me to Hinterstoder to talk to the police there and collect Peter’s belongings, pick up our car and continue on to the morgue in Windischgarsten. On the way, we stopped and the policeman showed us the mountain where Peter fell. It is such a beautiful, beautiful place, and I still keep reminding myself that Peter was so very happy up to the very last moment of his life. But I am still angry with the mountain for letting him fall.

Driving through the beautiful, beautiful scenery of the Alps, at some point I realized I had a song stuck in my head that I had to get rid of, so I asked Jörg to put on some music. The CD in his car stereo was Christopher’s new album, which I was happy to hear, relieved to hear Christopher’s voice, as he had been unable to speak when we left. Listening to the song “Clutter” was so comforting, so reassuring: “There’s a hopelessness growing, but there’s hope stuck in there too.” As I kept losing my balance, feeling dizzy, disoriented, I played that song in my head over anhd over, and it helped me to get my bearings again.

The mortician was concerned about letting us see Peter: he was an “accident victim”, it might be disturbing, frightening to see how injured he was. Three years ago, my sister took her own life: nothing can be worse than that, and Peter was so wonderfully happy up to the last moment of his life. When I saw him in the morgue, I was only peripherally aware of the injuries, how damaged his poor body was. I only saw that beloved face with the same expression that he always had when he fell asleep on the couch.

Don’t be silly, my love, you can’t sleep there. Wake up now.

Somehow there were arrangements to be made, decisions to be taken, but there was always someone there, guiding me along, helping me to take one step, then the next, then the next and the next.

Messages, cards, phone calls, prayers in different languages from all religions, warm thoughts, kind words – an outpouring of human kindness flowed over us in an endless stream.

Then somehow it was the next Tuesday, and all the notes and instructions left for me in strategic places guided me to the funeral home for the memorial service. And people came – and more people and more people. Although it is all a blur now, I know that I was so grateful for each and every face that appeared before me. Later it was agreed that there must have been about 350 people at the memorial service, but I only know that it seemed an endless stream of warm hugs and kind words. And Hari was there, bringing me water and handkerchiefs, taking over when I just wanted to stop talking, just sit there looking at the pictures, listening to the kind and generous words about Peter, listening to Dani singing so wonderfully.

But then the large doors started to move, closing in front of the coffin made of the same wood as Peter’s instruments, and there was a sudden moment of panic, when I wanted to stand up and shout, “No! Take it all back, we’re not doing this, we’re not going to say good-bye now!” But the doors still closed and the memorial service was over.

Then somehow Hari wrapped his coat around me and whisked me away to a safe hiding place, where I could just be alone for a few minutes. As I stood there at the edge of the cemetery looking out over a field, a huge flock of birds rose up out of that field and flew noisily away together. In the emptiness that rose up in their wake, I heard my own voice speaking from far away.