Lilacs out of the Dead Ground 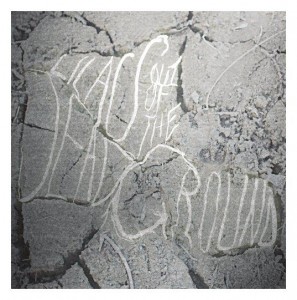 In his wonderful book about translation, Quasi dasselbe mit anderen Worten, Umberto Eco discusses the problem of translating allusions with an example from one of his own books, where he quotes “In the room the women come and go, talking of Michelangelo” from T.S. Eliot’s “The Love Song of J. Alfred Prufrock”. The quotation is obviously not a problem in the English translation, and Eliot’s work seems to be familiar enough in other languages (presumably at least among Eco’s readers) that the quotation is recognizable. I think it was the Russian translator, however, who was completely mystified by the allusion and could make no sense of it in the context. I have felt reminded of this story (and also of the fact that I can’t remember whom I lent that book to, by the way), every time someone else reacts to the title of Christopher’s new album, “Lilacs out of the Dead Ground”.

Some people immediately recognize it as a quotation from T.S. Eliot’s “The Waste Land”, but are clearly not quite sure why Christopher would use it. Other people, who are just happy to hear that Christopher has made a new album, are apparently a bit puzzled by it and ask what it means. Admittedly, it is probably not really a very obvious title for leftist political hip hop music, and I somehow doubt that Mr. Eliot himself would approve, but I think it works. Listening to the words, it seems that Christopher has been paying attention, that he can name situations of injustice and corruption, but also think about what people need in this world. Especially now, with protests spreading all over the world, with more and more people taking a stand for the importance of what people need to be able to live together, against greed and exploitation and corruption, Christopher adds his voice to the many who are speaking up, speaking out, and I find that encouraging. It also matters very much to me that he has been thinking very seriously about the roots of hip hop music in resistance against oppression, recognizing his own very privileged position and that he is not himself oppressed in any way, understanding that he cannot speak for others, but only with those who are oppressed. Sometimes that can mean collaborating with people who have different perspectives, and sometimes it means just shutting up and getting out of the way. 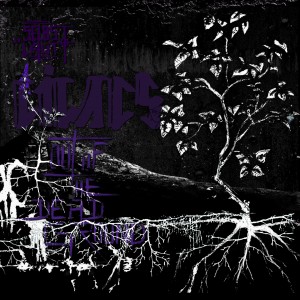 Christopher’s friend, our friend, Leo, made the first cover for the CD, and I still find it so beautiful. I admit that I noticed I couldn’t actually read it, but since I am accustomed to not being able to read graffiti, that didn’t really bother me. I assumed that people who would want to listen to it would be able to read it, but apparently there was considerable controversy about that. In response to this controversy and the crisis it entailed, since it was already so late, Paddy ended up making a new cover within twenty-four hours. As impressed as I was again by Paddy’s abilities, I felt even more reassured to hear that the boys can and do still look after one another. As much as I love Paddy’s cover, though, I hope that Christopher will still find an opportunity to use Leo’s too, because it really is beautiful.

For me, though, the title “Lilacs out of the Dead Ground” has an additional, very personal meaning. During the time when Christopher was so often in and out of the hospital, he had long hair. After each stay in the hospital with a high fever and delirious with pain, his hair was a horribly tangled, matted mess. When the pain began to subside, we would spend whole afternoons in the living room together, and as I tried to gently, carefully untangle and smooth his hair, we listened to hiphop music together and in between, we read poetry. I learned a great deal from Christopher then about hip hop music, learned to appreciate the poetry of the texts and how the music is made and the skill involved in putting the texts and music together, how hard it can be to get it just right, how wonderful it is when it all comes together. And being able to share with him the poetry that has always been so important to me – in both English and German – still feels like a precious gift. Countering pain with poetry – in every sense.